Google Maps scraping can be beneficial as long as it is used keeping in mind the terms and conditions of the targeted website.
Rate this:
If you’re connected with the term ‘Google Maps Scraping’ anyhow, then you must come across a question – Is scraping Google Maps legal or illegal? Okay, so let’s discuss it.
If you are a business owner or marketer, you know that data is the biggest asset of any business in this digital age of technology! Even the top giants like Facebook, Google, and Amazon scraping data to grow. And what if someone extracts all this data from Google Maps within a few minutes? Yes, this is where Google Maps Scraping comes in.

What Is Google Maps Scraping? 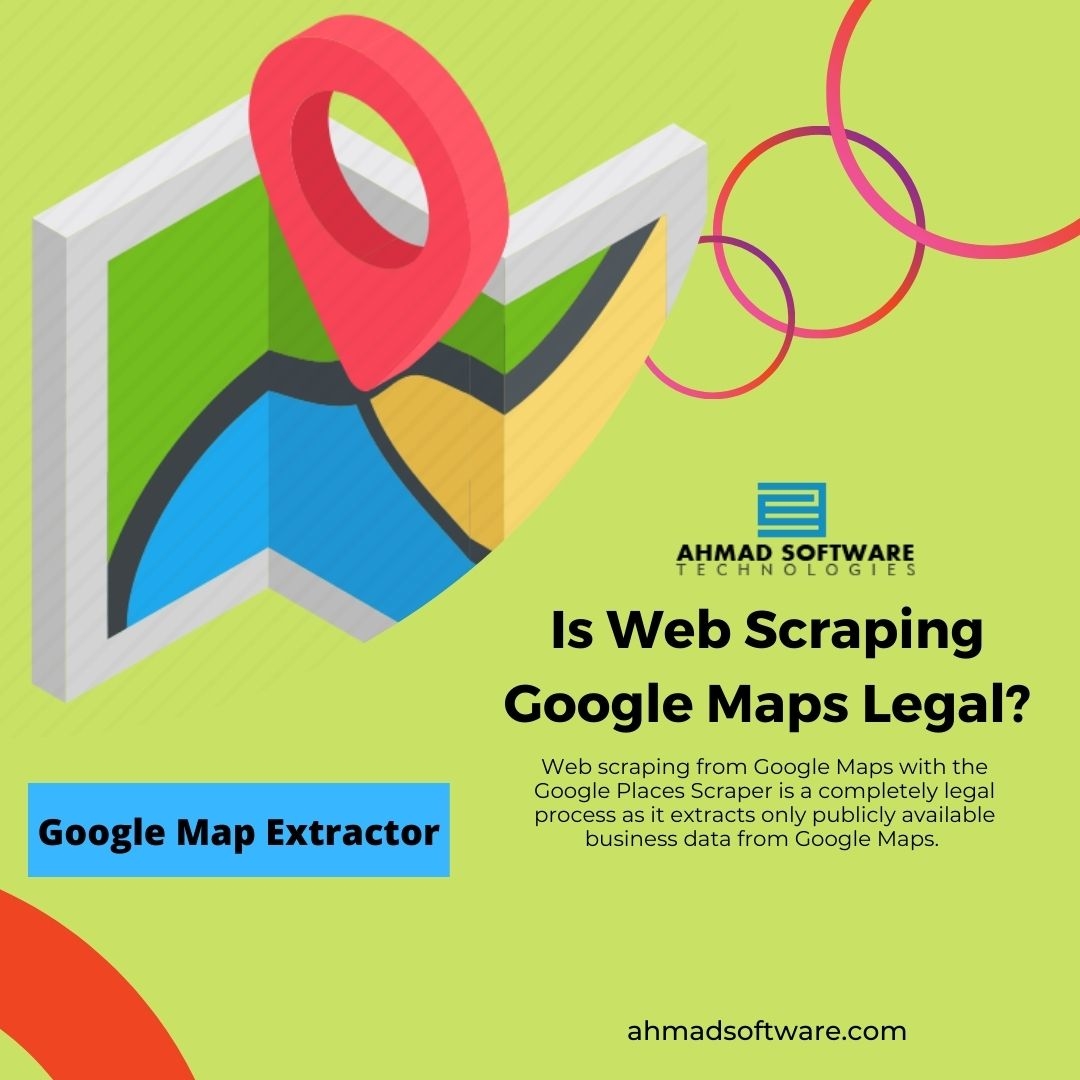 Okay, so get back to the point from where we started – Is it legal to do Google Maps Scraping or not? However, doing data scraping from Google Maps is technically not any kind of illegal process but the decision is based on further various factors – How do you use the extracted Google Maps data? or Are you violating the ‘Terms & Conditions’ statements of Google Maps? etc.
Let us take an example, Suppose you give an appointment to meet someone, But a person comes to your office without an appointment.
So, will you allow the person to enter your office? Similarly, the data displayed by Google Maps is generally accessible to the public as it is legal to store that data in your system for personal use.
However, the law regarding Google Maps Scraping is not transparent but there are still some regulations in which you can fall for doing unauthorized Google Maps data scraping. Some of these are listed below:

How Does Google Maps Scraper Work?

So, we now know what Google Maps web scraping is, and why different organizations use it. But how does a Google Maps listings scraper work? While the exact method differs depending on the software or tools you’re using, all Google Maps lead generation tools to follow three basic principles:


1. In the case of provided API, try to avoid Web Scraping from Google Maps
2. Avoid scraping Google Maps data continuously, take a break after 1 to 2 hours.
3. Don’t use the scraped Google Maps data for commercial purposes without the consent of the original owner.
4. Always read the terms and conditions of Google Maps and follow them when scraping data.
5. If someone has made his/her data private on Google Maps, it will be good to ask for permission from them before going further.

From all the above discussion, it can be concluded that data extracting from Google Maps is actually not illegal on its own but one should be ethical while doing it. If done in a good way, web scraping from Google Maps can help us to make the best use of the Google Maps, the biggest example of which is Google Search Engine. So, do not give any reason to the target site owner to block or even sue you for any wrongdoings and respect the Terms of Service (ToS) of Google Maps as well.

In short, Google Map Extractor is a powerful and legal tool to find and extract contact information from thousands of Google Maps business listings on a daily basis.
Google Maps scraping can be beneficial as long as it is used keeping in mind the terms and conditions of the targeted website and with respect to any individual whose data has been extracted.
In the end, data collection from Google Maps with the Google Places Scraper is a completely legal process as it extracts only publicly available business data from Google Maps. Moreover, It can extract emails and phone numbers from websites given on a business listing.
Latest Blogs List
Extract Reviews And Data From LinkedIn Company Profiles
How to find an email address in your LinkedIn profile?
Top 3 Cheap And Reliable Phone Number Extractors For Marketers
Google Maps Reviews Scraper - Scrape Google Maps Reviews
The Best Web Scraping Tools For Non-Coder For Data Scraping
The Best LinkedIn Email Finder For Chrome, Mozilla, And Firefox
The Easiest Way to Extract Amazon Product Data In 2022
The Best Email Scraping Tools To Find Customer Emails
How does web scraping work and which is the best scraping tool for any website?
Export B2B Contact From LinkedIn - LinkedIn Company Extractor