IntelliRec is a feature-rich, yet easy-to-use software video presentation developer. IntelliRec Screen Recorder lets you record one complete application/window including all the child windows. During recording if you move on to another application, the recording will pause and resume again when you get back on the application/window.
$10 USD
Download

Rate this:
RPData Extractor
IntelliRec is a screen recording software that lets you record your desktop screen activities for later playback. Any application that runs on your Windows PC can be recorded including applications with video and audio. You can create presentations from the screen recordings by adding your own audio narration. You can demonstrate how to use a web site or explain a software product usage. IntelliRec provides the ability to output your screen recordings Windows Media (WMV) format. You can make WMV files that are designed to be played from a streaming server and presented to large audiences over the Internet. 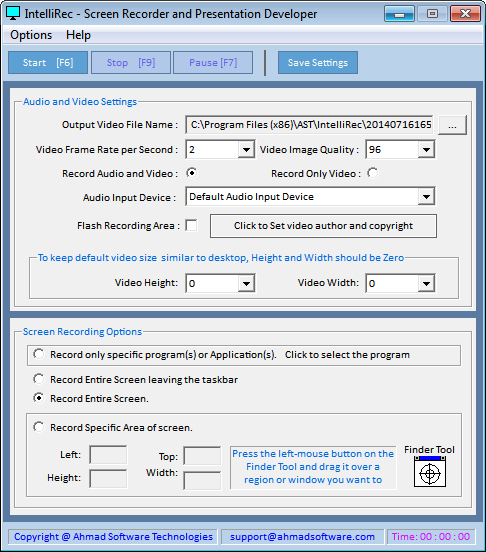 What makes it Intelligent Screen Recorder?